Thoughts on Cuba (and their bus system) 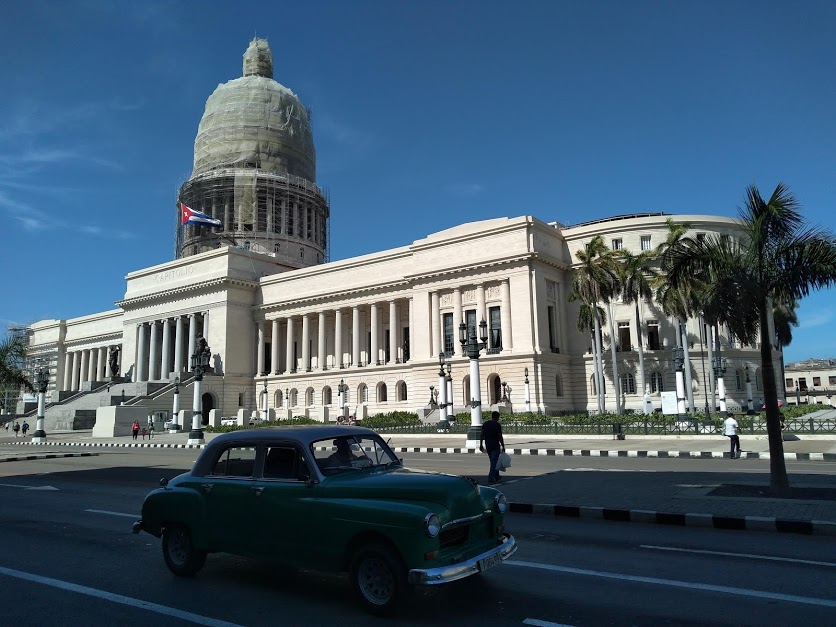 You get warned about the lack of English. And it’s true they barely speak English. If Jolene wasn’t speaking Spanish I’d have una cerveza for breakfast, lunch and dinner. But it’s hard to fault a country for not speaking my language.

You get warned about the lack of internet, but that’s Cuba’s biggest strength and probably the main reason why everyone is so damn happy. And my Fantasy team has never done better, so I’m not complaining.

I like Cuba. In fact, I’d go as far as saying I love Cuba. It’s a great country full of great people. Cuba is a happy place. It’s laidback. It’s effortless.

But even the cool guys got flaws. Some are hard to find,  some are blatantly obvious. One of the obvious ones is the bus system. In Cuba they get around on anything that moves: bikes, cars, horses, bulls and goats. Yes, goats. Goats and carriage. That’s probably more efficient than their bus system anyway. But let’s focus on the bus system for now. 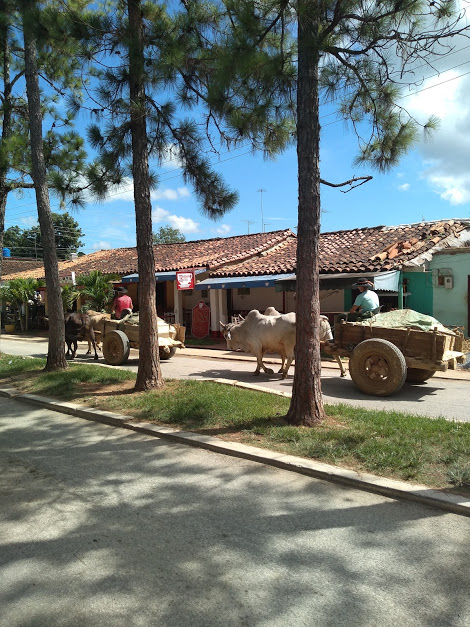 In some countries a bus schedule is just a ballpark figure, a rough estimate of when the bus normally shows up. It can be 5, 10 or 25 minutes late, but at least you’re not that far off if you show up to the scheduled time.

Cuba is nothing like that. The bus schedule isn’t even a guideline. It’s just a number they have to put on the wall to justify calling themselves a bus company.

To be fair we were warned about the slow-moving transport system, but the same blogs always mention how Viazul, the “fancy”, “tourist friendly” bus is usually “pretty reliable”. I guess fancy doesn’t mean much in a country where goats are seen in traffic.

We figured we’d take our chances and take the bus to Vinales. Since there’s not really an online booking option, you have to go there in person and book yourself like some sort of Amish.

“Sorry, it’s full for tomorrow. And the day after. And the next three days after that”. Fair enough, we just flip the whole itinerary then. We’re easy. We got our ticket for another city the following day.

Our Spanish housekeeper spoke twice as many English words as I speak Spanish, and since neither of those six words involves anything about clocks and/or taxis we arrived at the bus station 90 minutes before scheduled departure. No problem, I’ll just boss Candy Crush while I wait. I don’t even mind if the bus is a little late.

You think there was any information and/or apologies while we waited? None at all, just business as usual in Cuba. Had we known it was gonna be that long we could’ve gone and sampled some local food. Instead we had water and biscuits while waiting. Here in this culinary wasteland that kind of amounts to the same thing anyway. 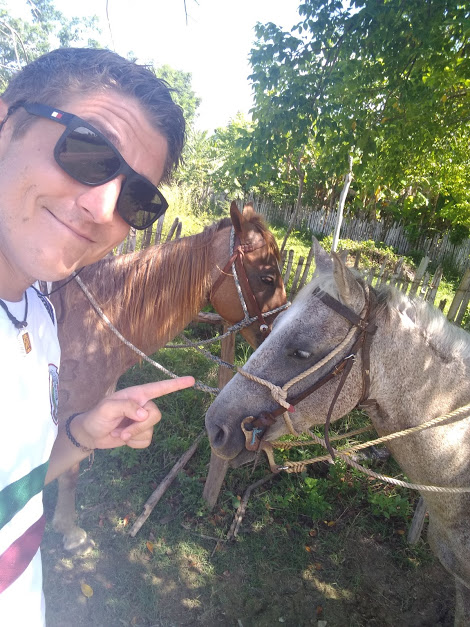 Me with Cuba’s most efficient means of transport

So the first day in Varadero we go straight to the bus station to book our tickets to the next town. “Sorry, reservations are closed for tomorrow. If you show up one hour early there’s probably some tickets left”.

One hour early would mean 06:25. “How about the day after then?”. Same thing. Reservations are full, but if you show up an hour early you’d “probably get on the bus”. So you’re telling me there’s probably tickets left, your system just don’t allow for a sale? Alrighty then.

Are we gonna get up at 5.30 and get a taxi to the bus station for a “there might be tickets” in Cuba? No, of course we’re not. Instead we organise a taxi with our landlady. Obviously a bit pricier, but needs must if we want to get through our entire itinerary.

At least it’s a convenient way to get there. Right? Well, the taxi was a solid 90 minutes late. NINETY MINUTES. For a pre-booked taxi. I’m used to careless timekeeping in Malta, but that is outrageous. Not even a slight “sorry for keeping you waiting for a whole football match”. At least we got a high-speed road trip across Cuba.

We said: reserve, not book

As soon as we touch down in Santa Clara we’re rushing to the bus station. We’re gonna get those fucking tickets, yo. We arrive at 16:15, only to be told reservations closed at 16:00. “Come back tomorrow”. Of course. At this point I’m only a tiny bit annoyed. But we come back the next day.

-We’d like two tickets to Trinidad, please
Sure. You can put your names on the reservation sheet here
– Sweet. How much is it?
You can pay when you get the tickets on the day of departure
– Hmm. We’d like to buy  the tickets now?
Just write your name down and show up here tomorrow 40 minutes early
– And then we get on the bus, right?
You should, yeah. Just come early

Are you fucking kidding me? Why can’t you just fucking sell me the ticket right now, then? I get that your country isn’t that developed, but this system is just deliberately dumb.  Instead of selling tickets to customers willing to pay and ensuring the bus is sold out, you let people occupy spaces with a no-payments-needed reservation system they might not show up for? How do you not realise how fucking retarded that is? 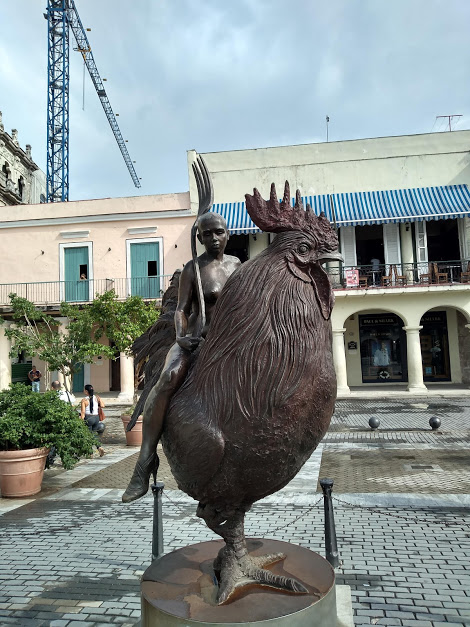 We show up the next morning, way early of course, only to see a queue as long as a bad year.
All expats/tourists, all in the same situation. People shaking their heads, flabbergasted at the inefficiency of this insane system. It’s like they do it just to piss people off. But at least we got on.

First thing we did in the new town was to reserve bus tickets for four days later. Back at the house we stayed the owner told us we’d go crazy if we wanted to do that stretch by public transport.

He probably just wanted to make commission on the taxi we booked, but he made a convincing argument. So here we are, occupying two bus seats without paying, that we didn’t use. Gee, if only there was a better system to prevent these kind of situations…

Once we got into the taxi we learned that we’re picking up another couple on the way. And oh, it wasn’t four hours. It was six (plus stops). Seven hours in a small car with strangers. Hearthands. I love confined spaces and smalltalk with people I don’t know. 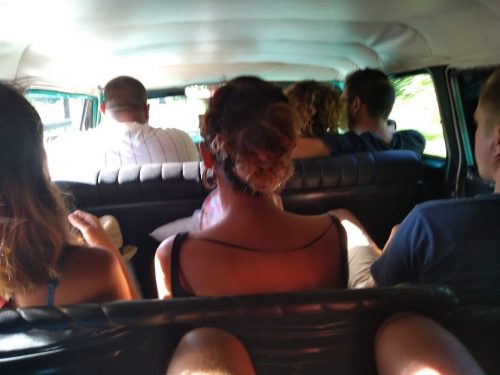 Other than that I’ve learned that there’s barely any convenience stores in the entire country, that Cubans don’t close their front door and that Castro is bigger than Jesus.