What to do when you’re visiting Edinburgh?

Six years ago I visited Scotland for the very first time. To be honest, I didn’t have that many expectations about this trip, but once I arrived I realized I had completely underestimated Scotland! Edinburgh turned out to be a very cosy city full of culture and interesting history. Now I would recommend everyone to visit Edinburgh at least once in their lives! Here are a couple of things you should definitely consider doing while visiting Edinburgh.

Travel to the Middle Ages at Edinburgh Castle

Edinburgh castle is one of the most visited attractions of the city, and by extension of Scotland. The castle was built on Castle Rock, a vulcanic rock which was already inhabited back in 900 BC. In the beginning of the 12th century, a royal castle was built, which was the residence of the royal family up until 1633. Today you can visit this beautiful and historical castle for 17 pounds. Each year it attracts more than 1 million people!

The oldest building of Edinburgh is located in this castle, St Margaret’s Chapel. This chapel was already built in the beginning of the 12th century to commemorate Margaret of Scotland. The chapel is the only building that wasn’t destroyed when Robert I of Scotland ordered the castle to be demolished in 1314.

If you like seeing luxurious and wealthy things, you should take a look at the crown jewels of the Scottish monarchy which are stored in the Crown Room of the Royal Palace. The crown, scepter and the sword were used from 1543 until 1651. Another interesting monument you should go see is the Stone of Destiny which was used during the coronation of several Scottish kings.

You can also visit two museums, the national museum of Scotland and the Scottish National war memorial. Here, you can learn more about the military history of Scotland. In Dury’s Battery you can experience yourself what life was like for the hundreds of people who were kept prisoner here. As you can see, this castle gives you tons of opportunities to travel back in time. 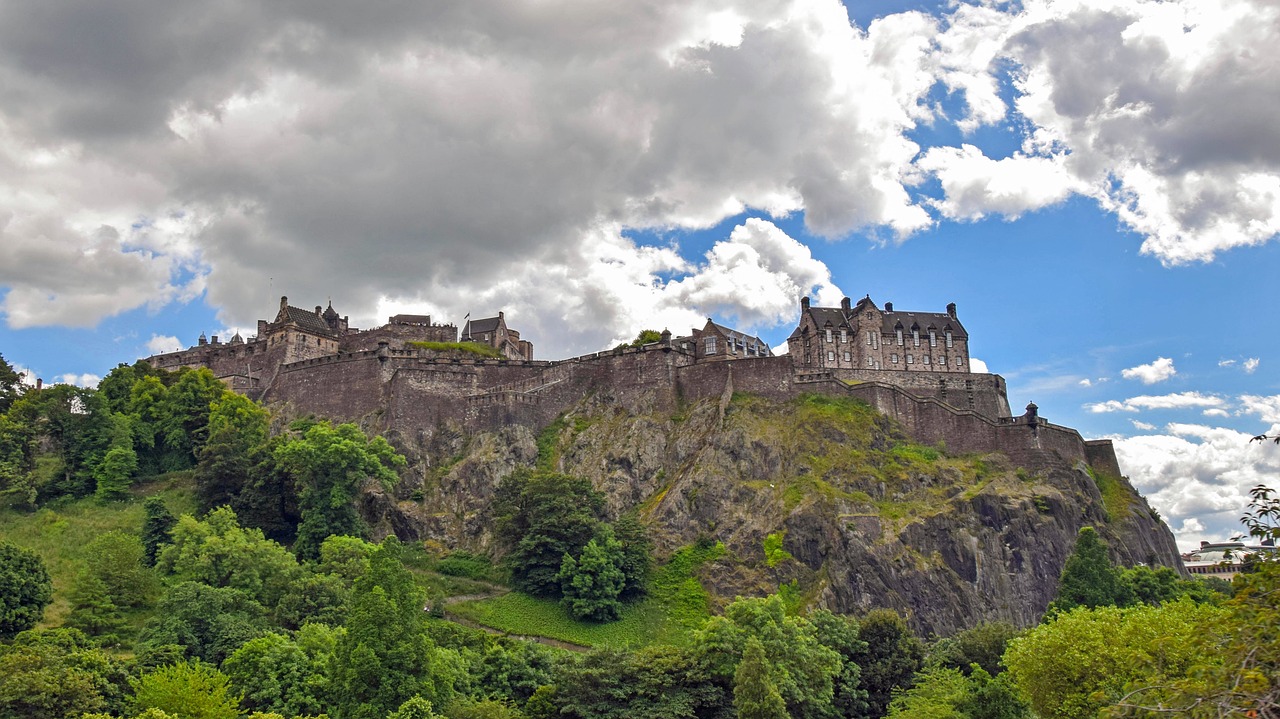 Visit the Mound for some cultural activities

The Mound is an artificial mountain which was built to connect the Old Town with the New Town. If you’re very passionate about arts, you should definitely visit the National Gallery of Scotland. This museum showcases artworks from different styles. You can admire both paintings from the Renaissance and from the 20th century. Even though the name of the museum suggests you can only view Scottish artwork, you can also find paintings from international artists such as Bernini, Botticelli, Van Dyck, Cézanne, El Greco, and many, many more.

This museum isn’t the only highlight you can visit close to the Mound. The Scott Monument, a Gothic tower erected in honor of Sir Walter Scott, one of the most famous Scottish authors, can also be found here. This is the biggest monument dedicated to a writer in the entire world. The tower is 61 meters high and can be visited for 5 pounds. I do have to warn you that you have to walk up 287 very narrow steps to get to the top of the monument. Here you’ll be rewarded with an amazing view over Edinburgh and its beautiful surroundings.

You should also go for a stroll through the Princes Street Gardens, from where you get an wonderful view on Edinburgh Castle.

The Royal Mile, the most known street of Old Town, connects Edinburgh Castle with the Palace of Holyroodhouse. The Royal Mile was one of my favorite parts of the city because here you could find lots of nice cafes, restaurants and small shops. In case you’d like to bring a souvenir home, you should definitely visit the Royal Mile.

As I mentioned earlier, this street leads to the Palace of Holyroodhouse, the countryhouse of the British royal family. If you’re willing to pay 12.5 pounds, you get a chance to visit the State Apartments where the Queen resides every year. You can also see the chambers of Mary, Queen of Scots. She was only six days old when she became Queen of Scotland in 1542. In this palace you can also view the room in which Mary’s secretary, David Rizzio, was murdered by her own husband, Henry Stuart. 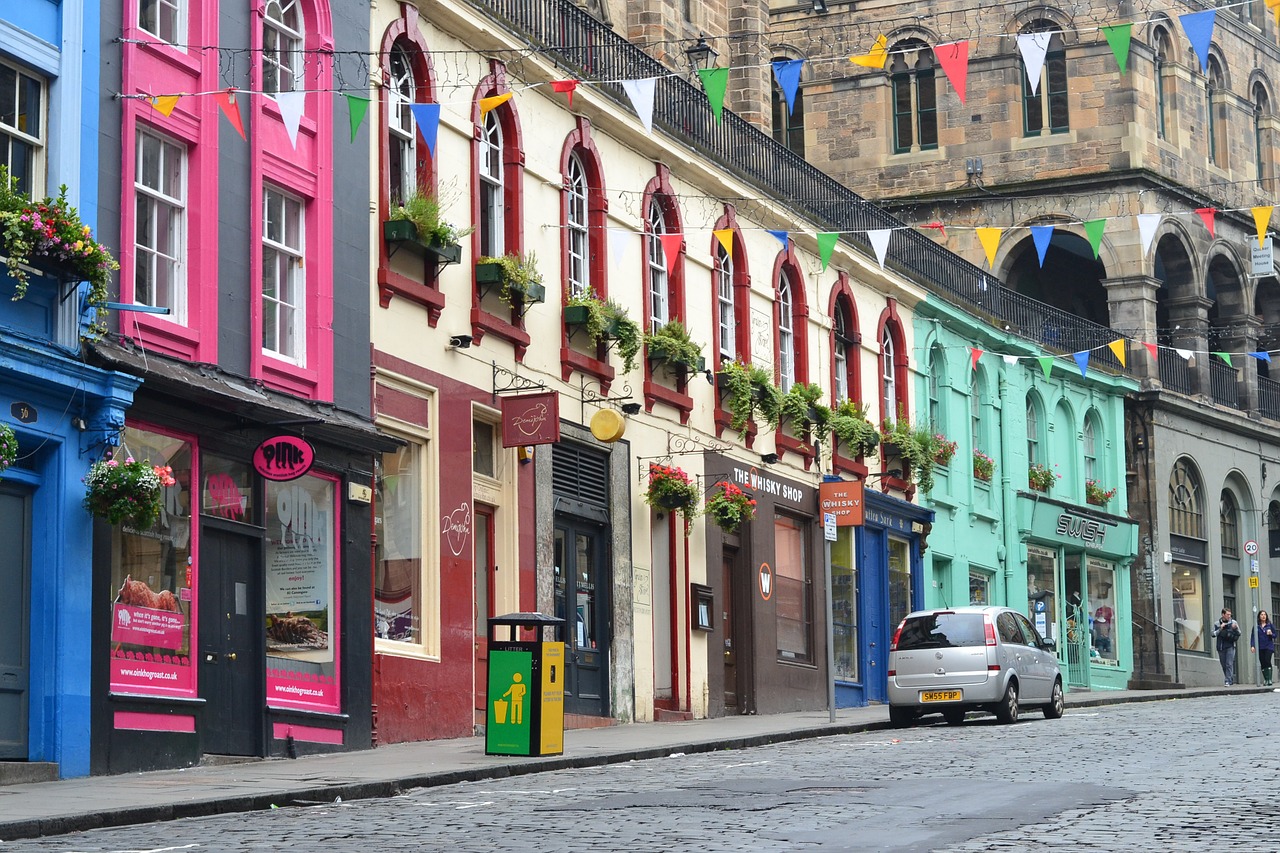 Travel back in time to Ancient Greece at Calton Hill

It takes about 15 minutes to walk from the Palace of Holyroodhouse to Calton Hill, which overlooks both the North Sea and the city. This hill is part of the UNESCO World Heritage list and is home to a couple of very beautiful monuments. Calton Hill is one of the most photographed places in Edinburgh. The monuments and buildings on top of this hill were inspired by ancient Greek architecture. This is why Calton Hill is sometimes also called “Athens of the North”. The National Monument was inspired by the Parthenon and the Dugald Steward Monument was also based on ancient Greek architecture.

Each year several events are held at Calton Hill. One of the most famous events is the Beltan Fire Festival which attracts more than 12.000 every year. 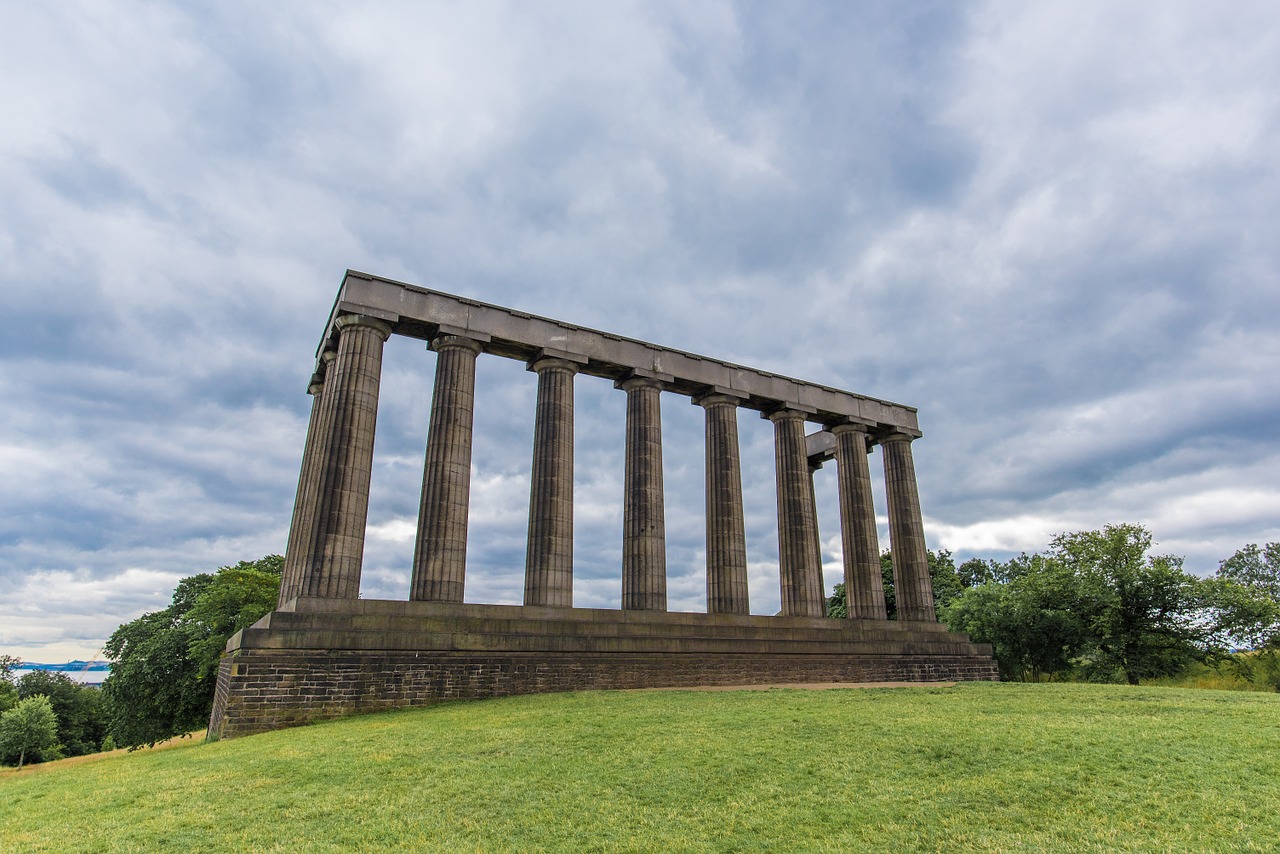 My tips for visiting Edinburgh:

What did you enjoy most about visiting Edinburgh? Please feel free to leave a comment!

← Previous Post Why you should explore Monument Valley by bike