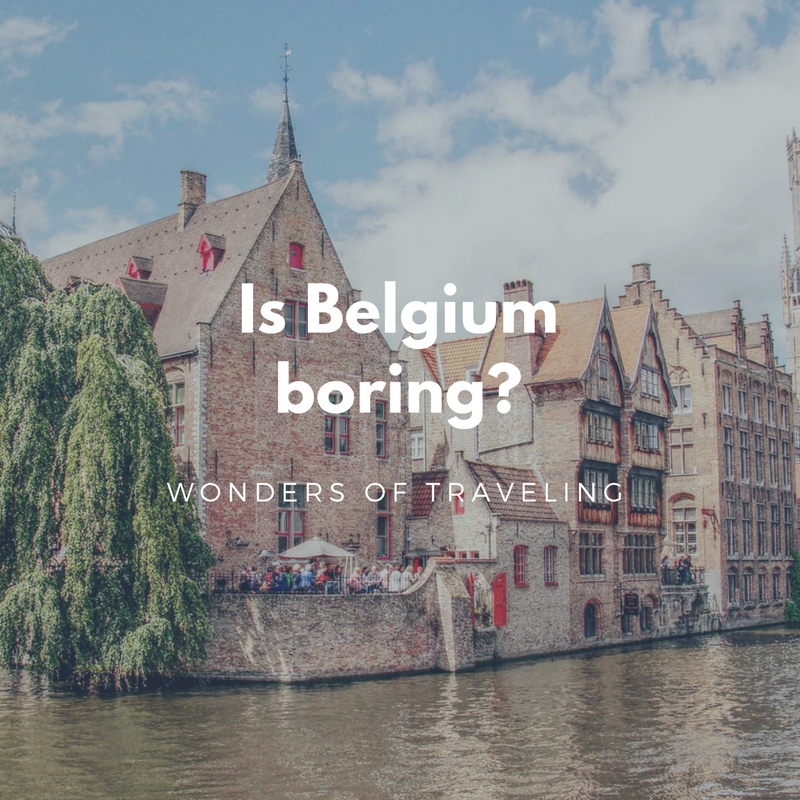 As a Belgian, I can confirm that a lot of people don’t really know that much about my country. Sure, they know the headquarters of the EU are located in Brussels, and if you’re lucky they can actually sum up a couple of cities such as Antwerp, Ghent or Bruges. But most people don’t know anything more than that. One of the most stubborn stereotypes people have about Belgium is that it is boring. Type in “Is Belgium boring” on Google and you’ll find a staggering 603.000 results! These numbers speak volumes, don’t they?

People don’t use that word to describe France, Spain or Italy. They don’t use the words romantic, beautiful scenery or wild nightlife when talking about Belgium. Most people know so little about Belgium that they usually come up with the word boring when asked what they associate it with. Well, let me tell you, Belgium definitely isn’t boring! On the contrary, it has a lot of things to offer to tourists.

You might not immediately think of Belgium when you hear these two words, but Belgium actually has tons of very tasty food! Of course, we have the best fries in the whole world. You won’t find them any better elsewhere, believe me. Combine that with amazing mussels, and you have a very tasty dish called moules frites. One of my favorite spots in Brussels for moules frites is Chez Léon. If you’re ever in Brussels, you should definitely pay a visit to this restaurant, you’ll have super tasty mussels here!

One of my boyfriends favorites when he visited Belgium was, fries with stoofvlees. Stoofvlees is a dish made of beef, onions, beer (yes, you read that right) and mustard. If you’re a beer lover you should definitely order this dish. Even if you’re not a big fan of beer (just like me), I would still recommend trying it out since it’s delicious! You can find it in restaurants or in one of the ‘frituren’, which are small shops where you can buy fries.

Other very tasty Belgian dishes that you should try out are: vol-au-vent and Gentse waterzooi. Of course we’re also good at making desserts such as mattentaarten, cuberdons, speculoos and waffles!

One of my ex-colleagues went on a trip to Belgium with his girlfriend and told me the Belgian food was the best food he ever had! That sounds promising, doesn’t it? 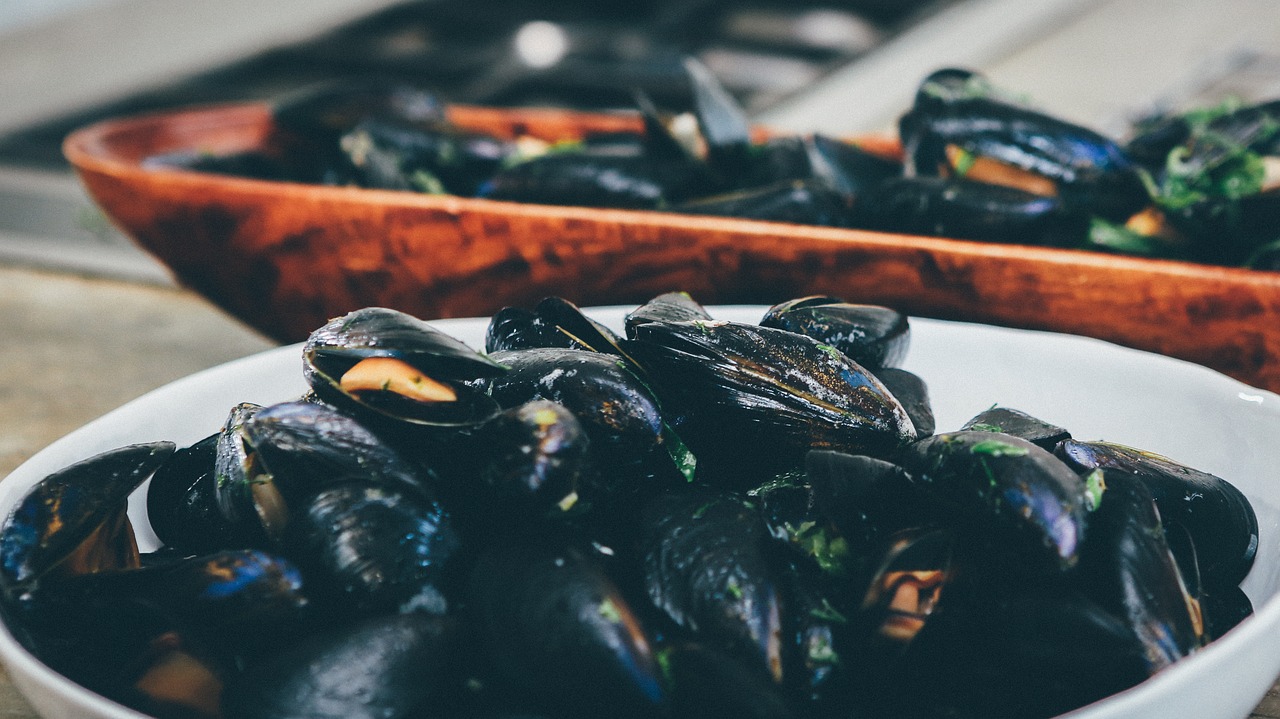 Indulgence on every corner

This one is kind of related to the previous point, but another thing my boyfriend liked about Belgium was that you were never more than a couple hundred meters away from extremely tasty food on the go. Chocolateries where you can buy the best chocolate you’ve ever tasted, a frituur on every corner where you can indulge in some of the best fries in the world, tons of small shops that sell waffles with all kinds of toppings,… You’re never short of tasty food on the go in Belgium!

Add the best beer in the world on top of that and you will be spoiled for choice in my tiny country! 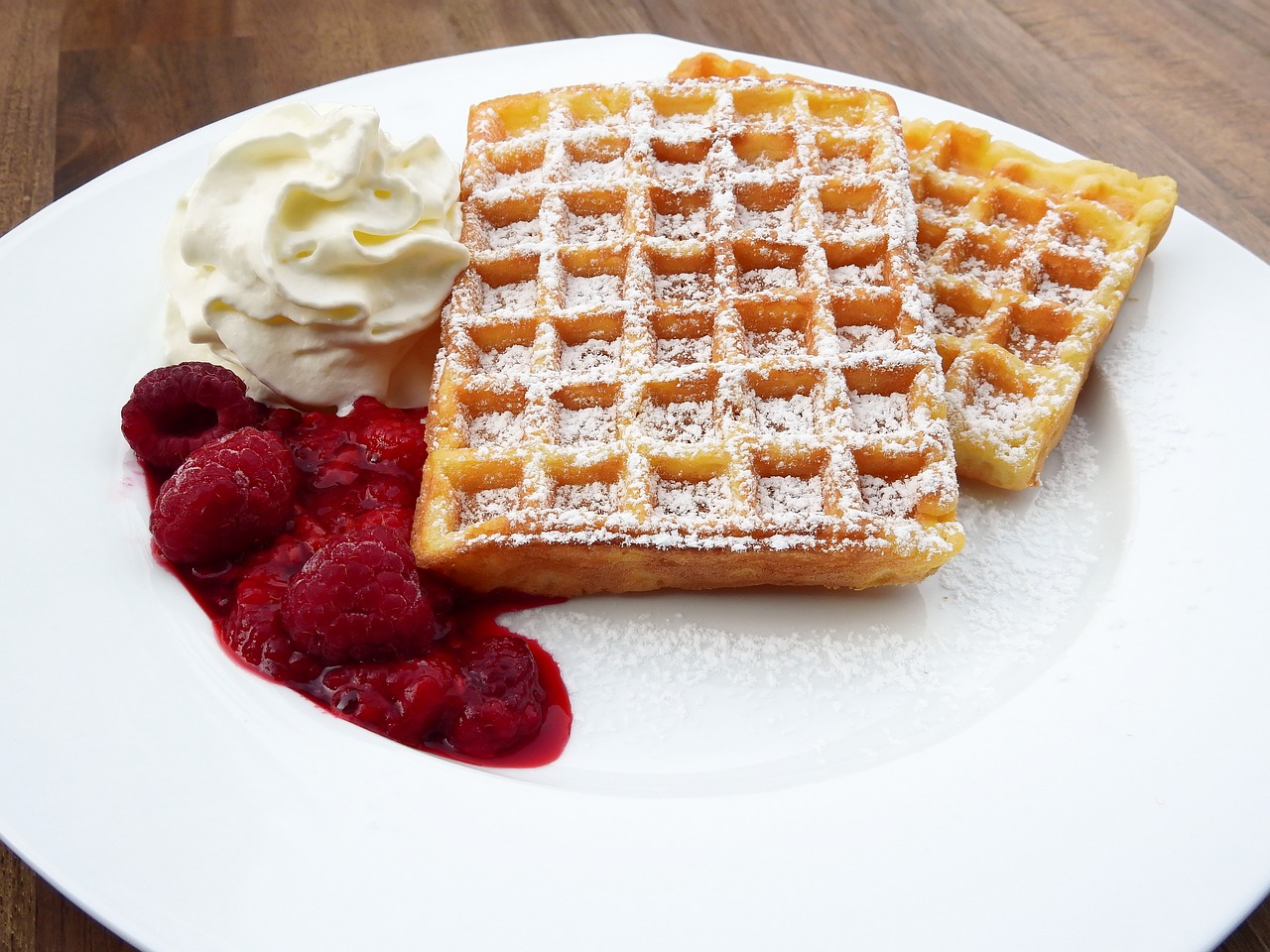 One thing I like about my home country, is the cosy cities. The main cities look very medieval, and you might feel like you’re traveling back in time when you’re exploring them.

My favorite city is Brugge, because it really feels like you’re walking around in a completely different time and age! You’ll be walking in the narrow streets, surrounded by beautiful medieval houses. I would recommend doing one of the boat trips, even if you don’t like doing super touristy things. It’s the best way to get an overview of how gorgeous the city really is. In Belgium this city is known as the “Venice of the North”, since it is surrounded by beautiful canals.

You should also go to Gent. I studied in this city so I got some time to explore it. I loved the “Graslei” because it’s the ideal spot to relax for a bit. Also don’t forget about Antwerp and of course Brussels. Our cities have something for everyone! 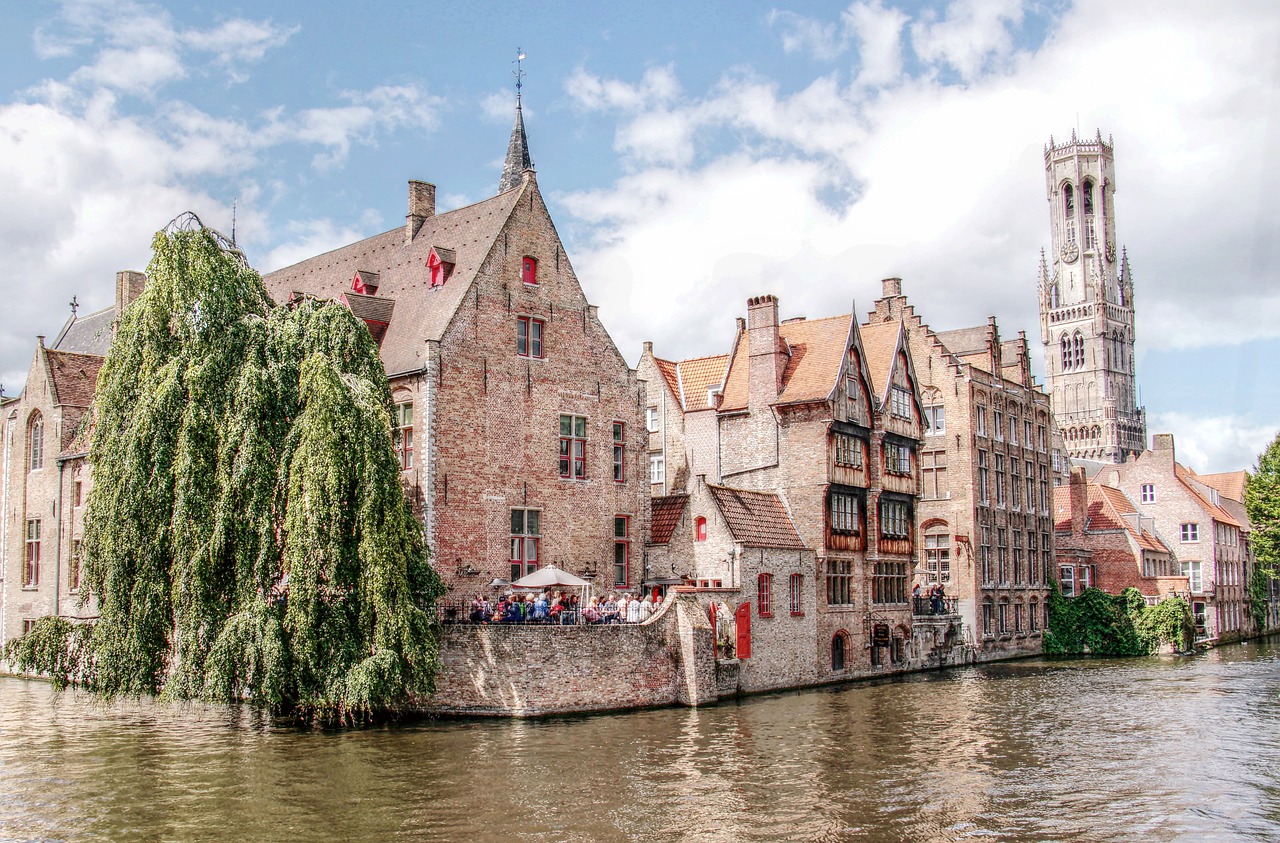 As you might, or might not, know, Belgium is split up into three parts: a Dutch speaking part, French speaking part and a German speaking part. Most of our famous cities are in Flanders, the Dutch speaking part. But that definitely doesn’t mean the French and German regions don’t have anything to offer! If you want to take a short break from the crowds and the cities, the south might just be the region for you. This area is much greener and has a lot of beautiful nature. The Ardennes boast some of the most beautiful scenery of the country. You should also pay a visit to the wonderful town of Dinant. As you can see, Belgium has a lot of amazing nature too! 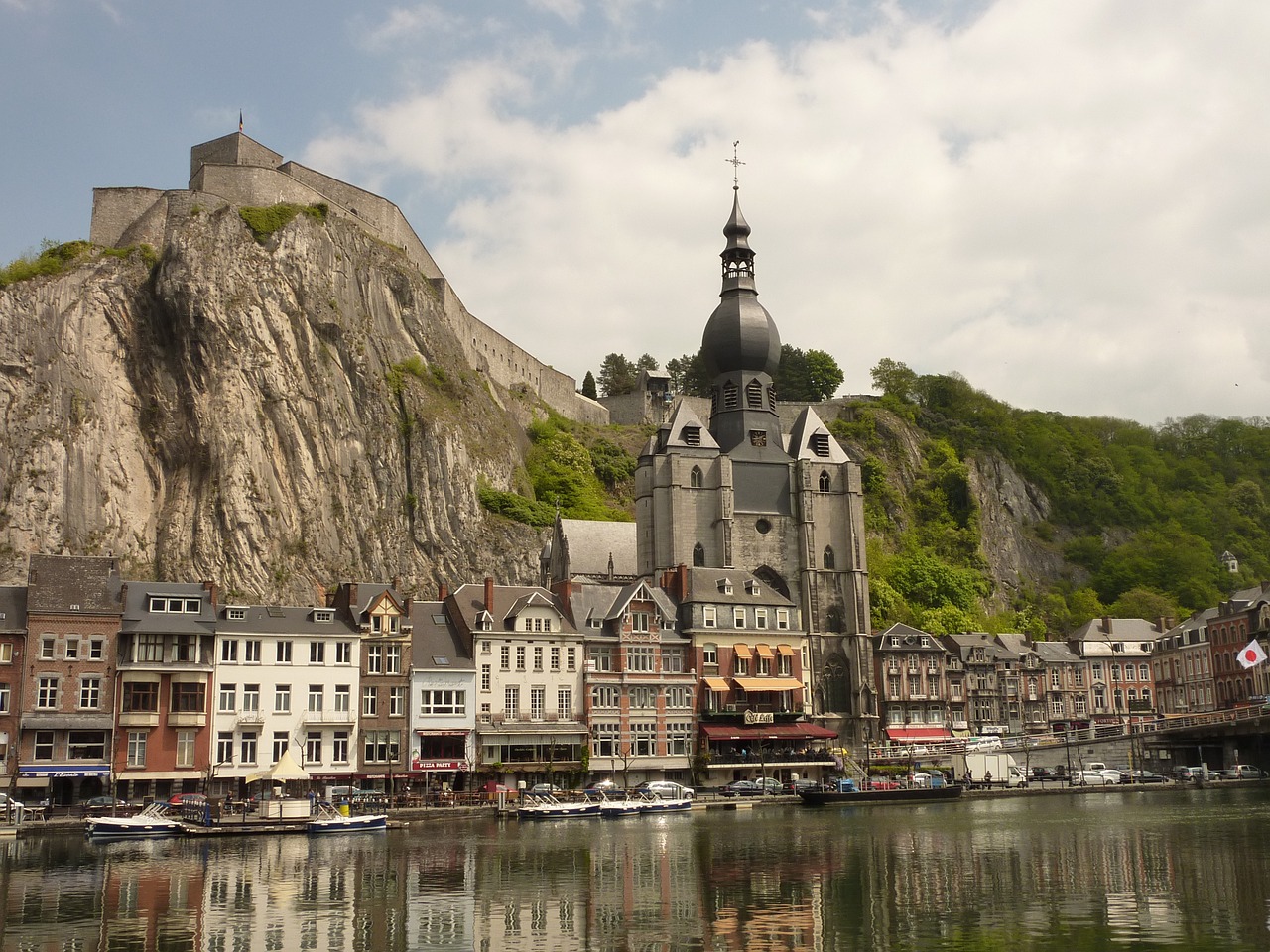 Belgian summer equals Belgian festivals. All over the country you’ll be able to attend festivals with amazing line-ups. During July there’s a 10-day long party in Gent (called “Gentse Feesten”), which is a must if you’re in Belgium during that time. The whole city transforms into one big festival! You’ll find several stages with different kind of music, all kinds of spectacles and tons of happy people, what’s not to like?
The last couple of years Belgium has also become synonym with Tomorrowland, the biggest dance festival in the world. So why not combine an epic festival with exploring the country? 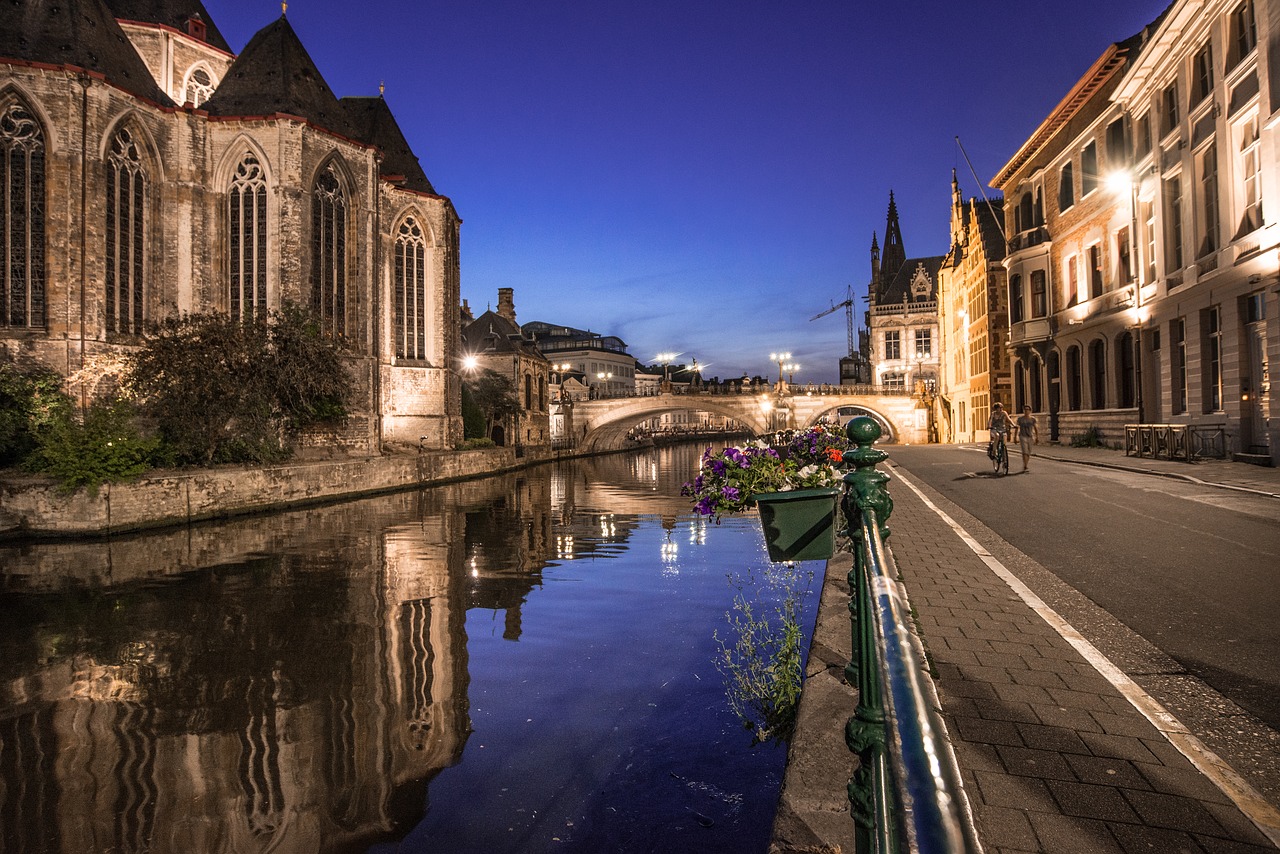 Have you ever been to Belgium? What was your favorite thing about the country?