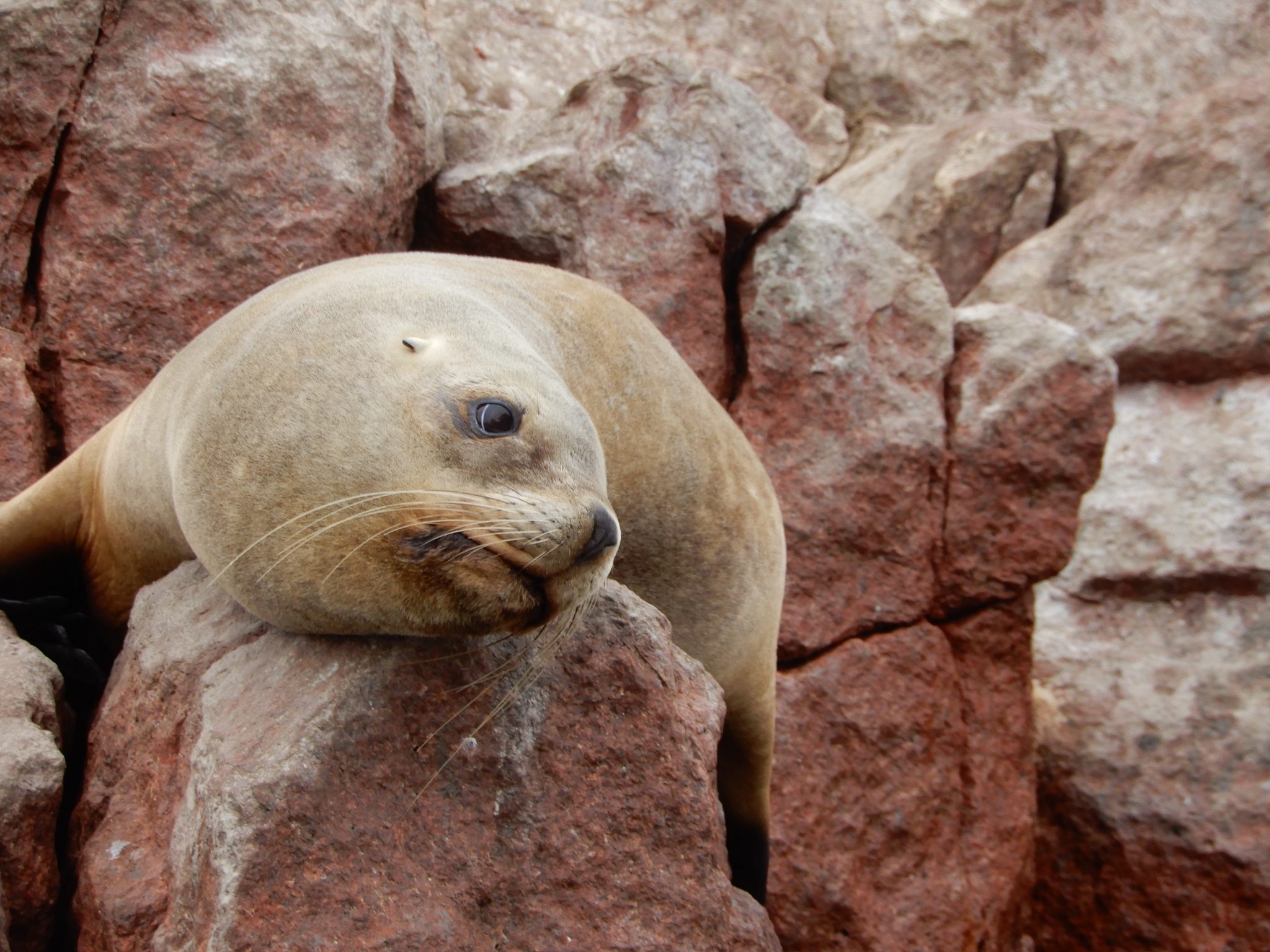 After an extremely long bus ride of 18 hours, we finally arrived in Lima on 07/09. We were both happy to leave Ecuador behind, and to explore a new country. We went straight to Lima because we have the Salkantay Trek to Machu Picchu booked from 21-25/09. This meant we had to skip the northern part of Peru, because otherwise we wouldn’t be able to get to Cusco in time. We decided to book our transport through Peru Hop, and chose the “Lima to Cusco to La Paz” route.

California vibes on the Malecon

The first day in Lima we didn’t do that much. We were both exhausted from our 2 long bus rides and stayed in our hostel for most of the day. On the second day, however, we decided to explore Peru’s capital city a bit more. We started by walking down the Malecon, the boardwalk which overlooks the pacific coastline. The weather in Lima is quite foggy and cloudy, so unfortunately, we didn’t get amazing weather. However, the walk down the Malecon was still very nice. It reminded me a lot of the Californian coastline. After walking down the boardwalk for about 3 hours, we stumbled upon a cosy artisanal market where Simen had to stop himself from buying several new t-shirts. Since it wasn’t really part of the budget, he managed (with a heavy heart) to not buy the “coolest t-shirt ever”. To get his mind of the t-shirts, we hopped in a taxi to the Historical Centre.

Lima’s historical centre is quite impressive, with 2 very big main squares which are surrounded by grand colonial buildings. We wandered the streets for a bit until we bumped into the Monastery of San Francisco. Simen remembered reading that this was the resting place of about 30.000 people, so we decided to buy a ticket and take a guided tour (15 soles – €4).

The guide walked us through this old and beautiful monastery, but of course the main highlight of the tour were the catacombs. You can still see the bones and skeletons of people who were laid to rest here hundreds of years ago. Sometimes it was a bit creepy because there were hundreds of skulls lying around. The tour lasted about 1 hour and was definitely worth the money. The church itself was also very pretty and is worth a visit.

On Sunday we took the Peru Hop bus in the direction of Paracas, also known as “poor man’s Galapagos” or “budget-friendly Galapagos”. Since visiting the Galapagos is extremely expensive, we decided to skip it. We opted for the Ballestas Islands instead, off the coast of Paracas. On Monday we took a boat tour to the Ballestas Islands for 50 soles pp (€12.50). On the way to the Islands we passed by Paracas National Park where we saw the “Chandelier”, a geoglyph presumably dating back to 200 BC. Once we arrived at the Islands, they took us all the way around (you’re not allowed to go on the islands), and we managed to spot tons of sea lions, a couple of penguins, pelicans and tons of peruvian boobies and other birds whose names I can’t remember.

On our second day in Paracas we took the free Peru Hop tour to Paracas National Park. Here we stopped at 3 view points, overlooking the sea and the amazing Peruvian coastline. Afterwards, we made our way to Huacachina, which I will write more about in my next blog!