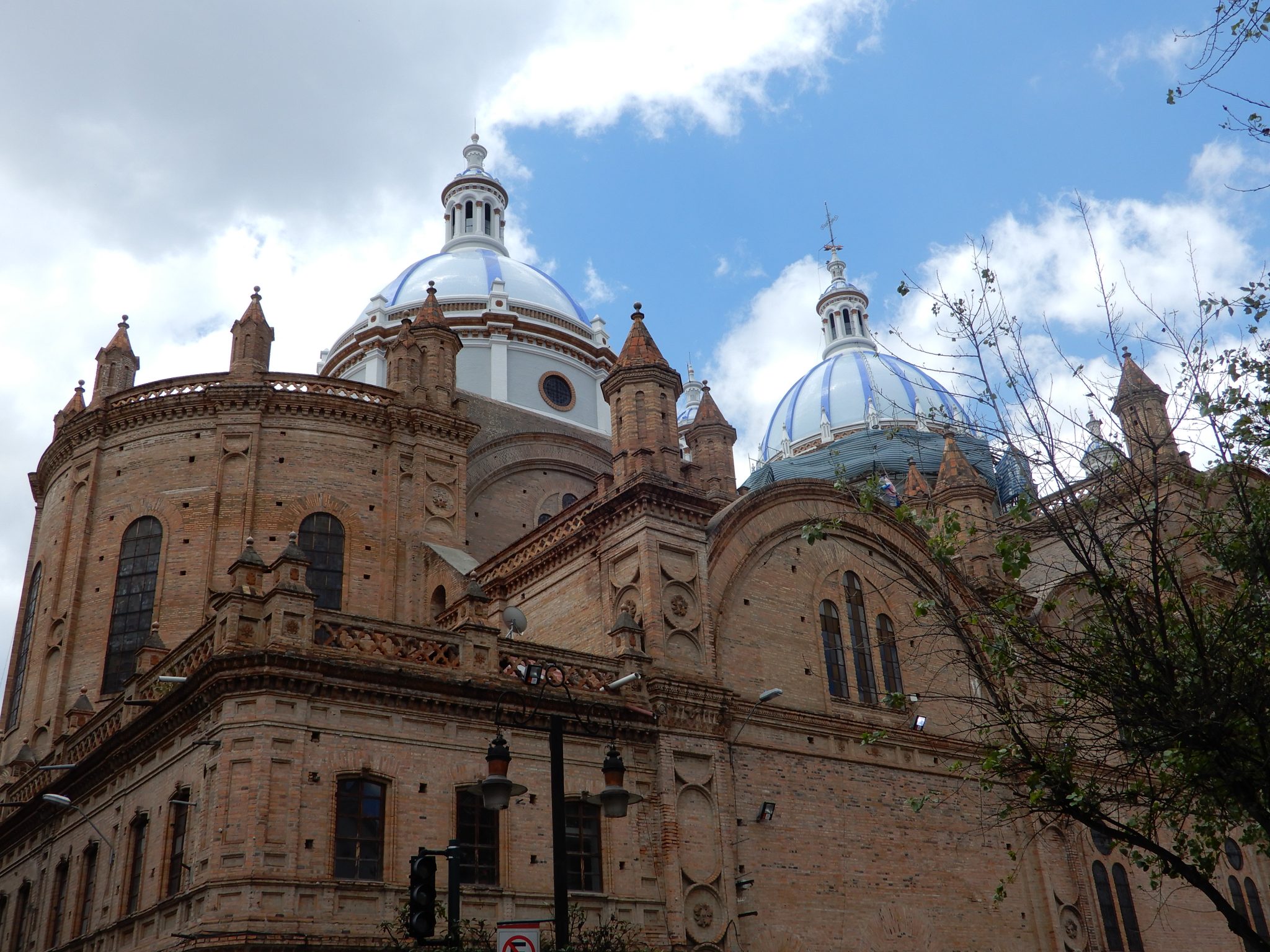 Our last couple of days in Ecuador we spent in Cuenca. Unfortunately, while I was starting to feel a bit better, Simen started to feel unwell… Because of this we mainly spent time in Cuenca and only did one day trip: to Cajas National Park.

Cuenca is the capital of the Azuay Province, about 400 km away from the Peruvian border. We stayed here for 4 days, before leaving for Peru. The first 2 days we wandered the streets of this Spanish colonial city. Cuenca is known as the most European city of Ecuador, because of its beautiful Spanish architecture. We mainly walked around the city centre where we got to admire some of these beautiful buildings such as the churches. 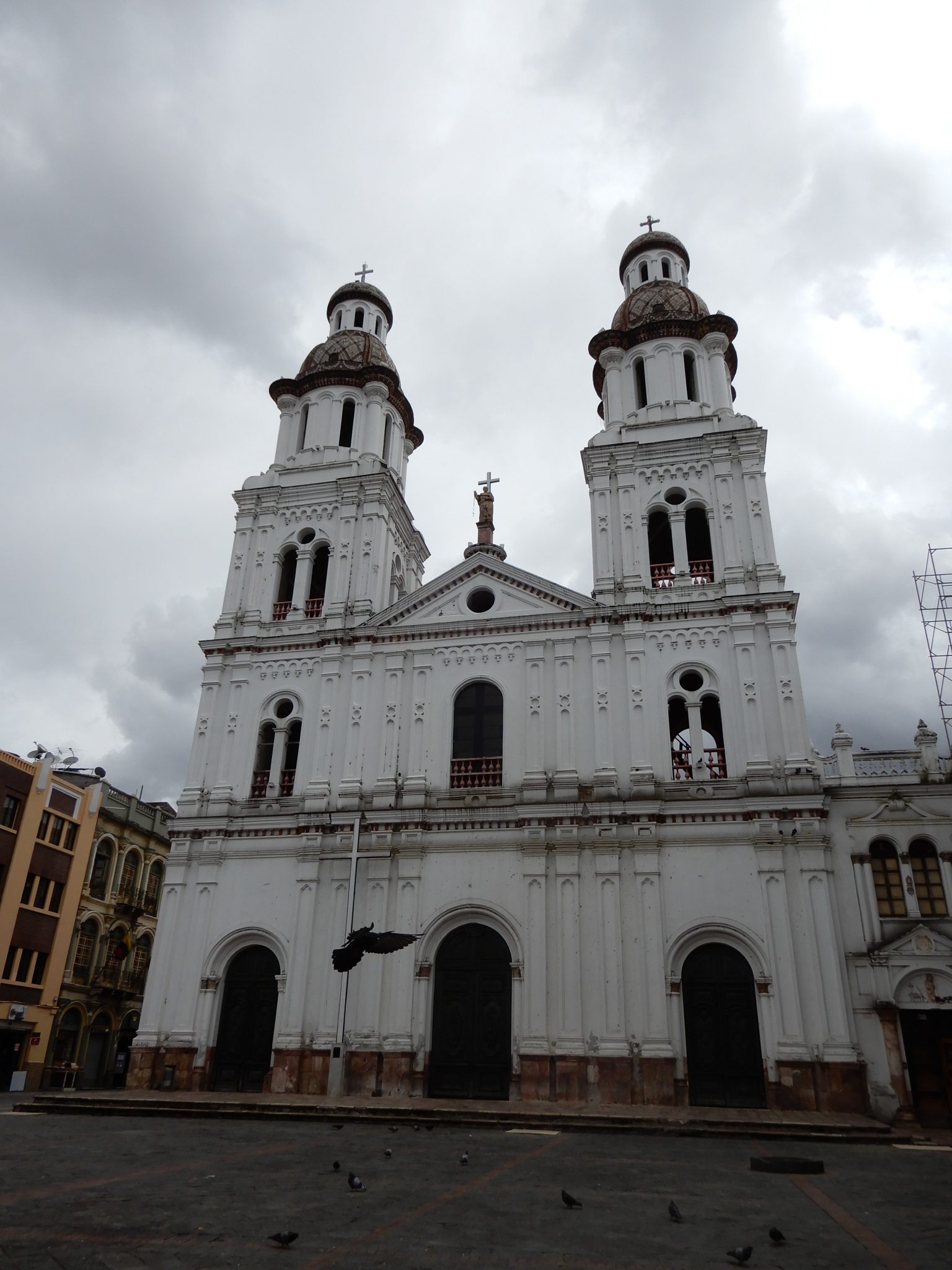 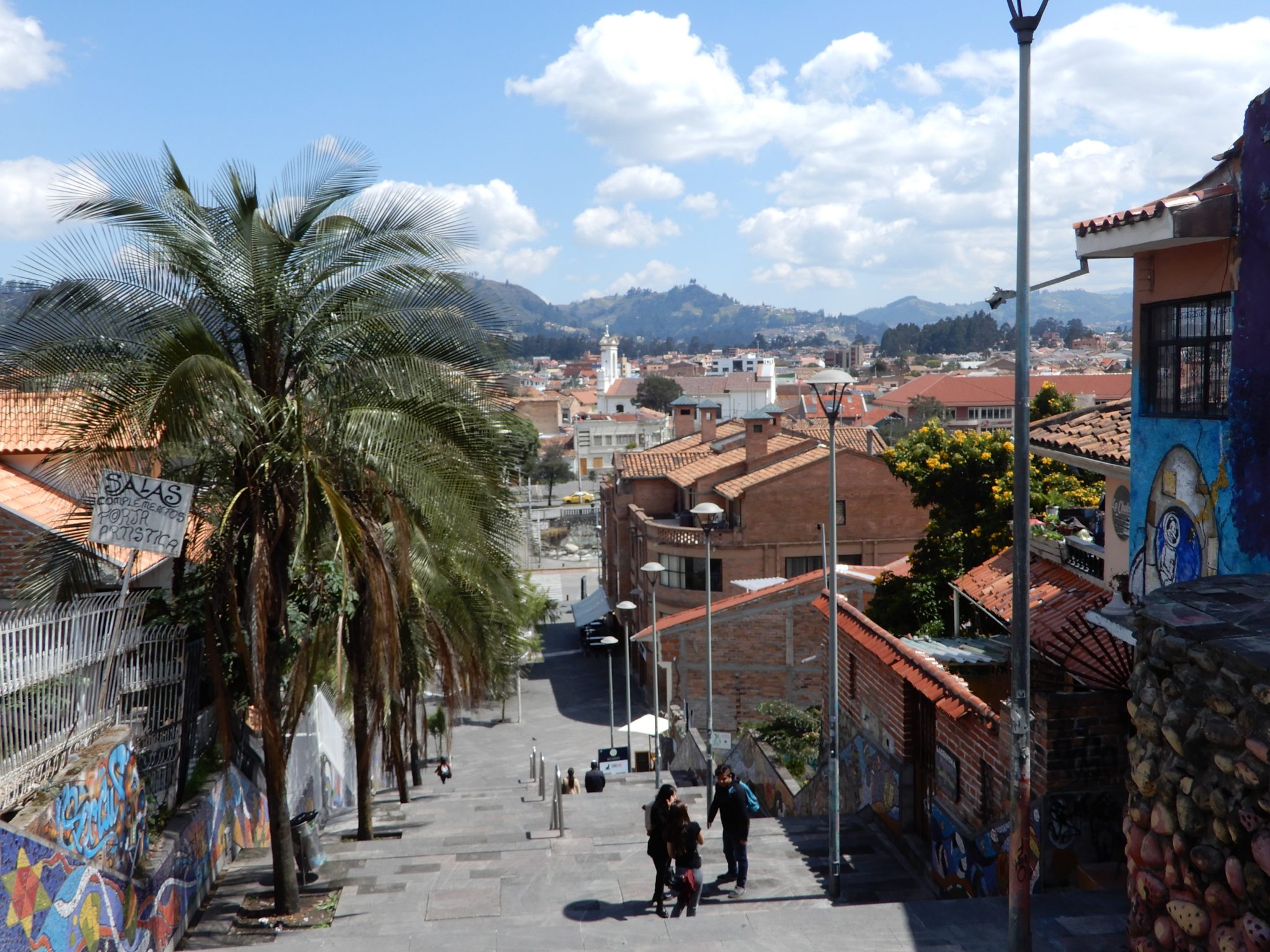 The area around the river is also very nice, here you can find lots of restaurants and bars. Because we were both sick, we really didn’t see that much in Cuenca, except for the bathroom in our hostel… So unfortunately, we can’t give that many tips about Cuenca.

A visit to Cajas National Park

On our third day in Cuenca we decided to go to Cajas National Park, about 45 min away. We had heard that this National Park resembles the Scottish Highlands a bit, so we wanted to go there for a hike. Like quite a lot of things in Ecuador, it’s not that easy to figure out where to go or how to get anything sorted, such as bus tickets. After doing some googling we figured out we had to go to the Terminal Terrestre, to take a bus in the direction of Guayaquil.

Luckily, we immediately spotted the bus that went to Guayaquil and made a stop in Cajas NP. After asking for info, we were told we had to buy our tickets on the bus. As we, and about 10 other European tourists, boarded the bus and sat down, we realised that all the Ecuadorians had tickets and we didn’t… Every time someone new boarded the bus, us Europeans had to move towards the back of the bus and try to claim any seats that were still available.

After a while, all the seats started to fill up. Every 5 minutes the Europeans had to move again, until, at some point they were all standing in the middle of the bus (somehow, we were lucky and got 2 seats all the way in the back which no one claimed). Clearly, the bus was sold out and there was no more room for them. They were asked to leave and try again on the next bus… Since we got the last 2 seats without buying a ticket before boarding, we got lucky and were on our way to Cajas NP. The ride took about 45 minutes and we paid for our ticket on the bus (2 dollars per person).

After arriving at the NP, we were asked to register in the tourist information centre. The entrance to the park is free. However, you won’t find that much info about the hikes here. There were no maps available. We basically had to take a picture of the map inside the visitor’s centre and use that as reference.

We wanted to hike route 2, which started somewhere on the main road we had taken with the bus. However, there were no signs or arrows pointing anywhere… We walked for about 10-15 min without spotting the start of the trail, while it was foggy and it started to rain, so we decided to go for route 1 instead. This meant we had to walk back to the visitor’s centre.

Unlike route 2, route 1 is actually indicated quite well. We hiked for about 4 hours around lakes and lagoons (there are about 270 lakes in this NP!), and got to see some beautiful nature and landscapes. It really did feel a bit like hiking in the Scottish Highlands, especially because of the fog and rain!

At around 3 PM we decided to leave the NP and go back to Cuenca. We gathered at the bus stop in front of the entrance, together with about 30 other tourists. I had no idea how we were ever going to get on this bus… The bus was coming back from Guayaquil and was already full of locals. Somehow I managed to get one of the only available seats left, while everyone else had to stand up… It was like taking a bus in Malta in August!

By the last day in Cuenca, Simen was seriously ill and what made matters worse was that we had 2 long bus rides coming up. The first bus took us from Cuenca to Piura in Peru, which took 11 hours on a very uncomfortable bus…  After the 1st bus we had to wait for 7 hours in Piura for our bus to Lima. The Cruz del Sur terminal in Piura was extremely small, which meant it was quite a long wait… Luckily Peru was playing the Netherlands and we got to watch it with lots of very enthusiastic and excited Peruvians.

The second bus, from Piura to Lima, took 17 hours! Luckily, this bus was a lot more spacious and we each got 2 seats. By the time we arrived in Lima, we had both managed to sleep quite a bit and were ready to explore this new country!

← Previous Post Great Places to Travel for a Yoga Retreat